We met Zahra at #InLeedsDay2017 which is an event run by Ahead Partnership to give students an insight into careers in Leeds. Zahra really stood out from the rest of the students as she had already become a great role model before leaving education. She's caught the attention of the press, the BBC and now us!

After being randomly introduced to the concept of escape games by a lecturer and games enthusiast, I began to wonder about the accessibility of such activities, and was lucky enough to try them out as part of an independent study module at university. The resulting research led to my having an article published in disability magazine Altogether Now, as well as an interview on the BBC Asian Network.

I was fast approaching my second-year placement for my Media degree and had contacted lots of radio stations with little or no result; chatting with the same lecturer, Liz Cable, she suggested I could do my placement with her, assisting her with research into the use of escape games for educational assessment. 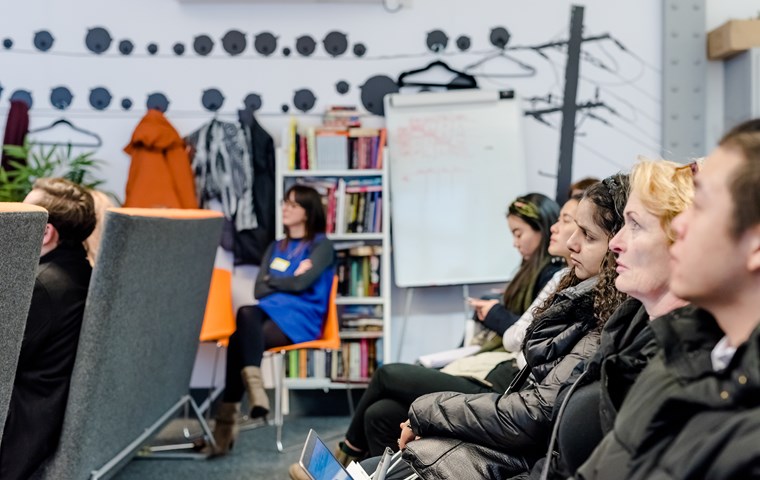 During this time, I was able to reflect on my own experience in terms of how inclusive games might be for somebody visually impaired – a throwaway comment from my lecturer was that I could be the one advising people on inclusivity – thus expanding my thoughts to encompass any activity out there and its accessibility for myself and others with a visual impairment.

This line of thought led to my application for a research grant through the Enterprise Centre at Leeds Trinity University. My pitch was successful and I was soon on my way to some major research down at the Sight Village in Birmingham in July 2017.

While there, I floated the idea of a centralised hub of information for VIs (visually impaired people) to exhibitors, and the unanimous response was that this kind of service was really needed and currently lacking.

After collating the research, I was sure that a website for VIs was the way forward. At this point I applied for a ‘Do-it’ award from UnLtd, an organisation offering support and grants to entrepreneurs who are striving for social change. Following a long process including face-to-face interviews, I was told I’d been successful.

This brings me to the point I’m currently at: expanding on the consultancy service while formulating ideas for an interactive, accessible website, set to go live in 2018, all with the assistance of expert mentors, thanks to UnLtd.

Zahra was awarded a £4.5k business grant to set up her business VIAdvisor which would support people living with visual impairment and their carers.